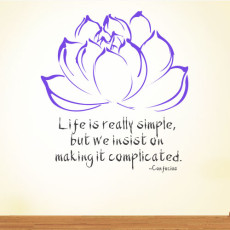 Siddhartha Gautama was one bad ass motherf*cker his wisdom remains as astonishing today as it was in 600 BC.  Siddhartha,  or better known as the Buddha, was a enlightened sage whose teachings Buddhism was founded upon.  Now its your turn to easily awaken and enlighten your walls with some of our favorite wall decal quotes from the Buddha himself and some of his followers.   Just peel stick - enlighten. 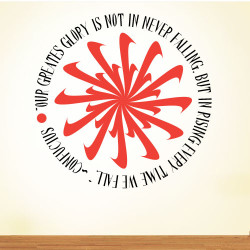 "Our greatest glory is not in never falling, but rising every time we fall."~Confucius.. 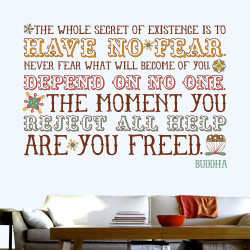 The whole secret of existence is to have no fear. Never fear what will become of you, depend on no o.. 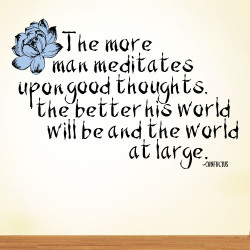 "The more man meditates upon good thoughts, the better his world will be and the world at large."~Co..

The Roots Of All Goodness

The roots of all goodness lie in the soul of appreciation for goodness. Dalai Lama.. 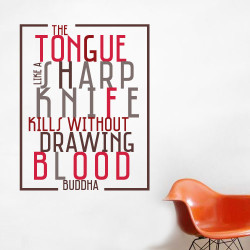 The tongue like a sharp knife kills without drawing blood. Buddha.. 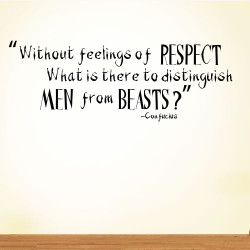 "Without feeling of respect what is there to distinguish men from beasts?"~Confucius.. 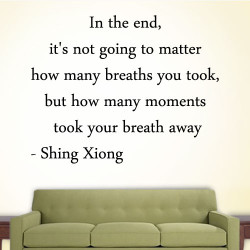 In the end, its not going to matter how many breaths you took, but how many moments took your breath.. 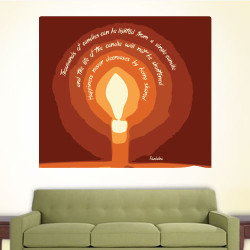 Thousands of candles can be lighted from a single candle and the life of the candle will not be shor..